No worries, it’s a lot simpler than it seems. Each cloud provider is oriented toward a different type of customer and usage.

We grouped cloud providers by type. We’ll explain what is the purpose of each type? How do they differ? Which one is the most appropriate per use case? and Which cloud provider is the best in its respective category?

Quick test: A general purpose cloud is the best fit if you answer yes to any of the following questions.

When to use: A general purpose cloud is meant to run anything and everything. It can replace a full rack of servers, as much as it can replace an ENTIRE datacenter. It provides the usual infrastructure plus some advanced bits that would be very hard to come by otherwise.

It is the go-to solution for running many heterogeneous applications requiring a variety of hardware. It’s versatility makes it ideal to run an entire operation in the cloud. It’s a perfect fit for an entire tech company, or a [big] tech project.

General purpose clouds make complex infrastructure available at the tip of your fingers:

A general purpose cloud is a full ecosystem. It includes equivalents to all the services typically found (and required) in datacenters/enterprise environments:

Which provider to use: Google cloud is vastly superior to its competitors. It’s cheaper, faster and easier to manage. If you go cloud, go Google Cloud.

AWS is twice the price to run the same infrastructure, in addition to being slower and having fewer capabilities. That being said, noone gets fired for buying AWS. Do you run on big company’s money and prefer to play safe with management? or do you run on limited funds and prefer to go with the better platform? That’s the current state of AWS vs Google Cloud.

Note: We have limited experience with Microsoft Azure and will not comment on it.

Quick test: A cheap cloud is the best fit if you answer yes to any of the following questions.

When to use: A cheap cloud is meant to offer proper servers to the masses, “proper” meaning decent hardware and good internet connectivity, at an affordable price. It is simply not possible to get that from a home or an office (note: recycling an old laptop on a broadband line is not a comparable substitute for a proper server).

It is the go-to solution for all basics needs. For examples, professionals running a few simple services with low-to-moderate traffic, agencies in need of a simple hosting to deliver back to the client, amateurs and hobbyists doing experiments.

Generally speaking, it’s the best choice for anyone who is looking for [at most] a couple of servers, especially if the main criteria are “easy to manage” and “good bang for the bucks“.

Cheap clouds make servers affordable and easy to get:

Which provider to use: The next-generation cheap clouds are DigitalOcean . Go for Digital Ocean.

blog update 2016-10: Linode suffered from significant downtimes in the past month, similar to the downtimes from last year. These outages are the result of major DDoS attacks targeted against Linode itself (i.e. not one of the customer running on it). We recommend Digital Ocean as a safer choice.

Challengers: There is a truckload of historical and minor players (OVH, GoDaddy, Hetzner, …). They have some similar offerings to the cheap cloud providers, but it’s hidden somewhere in the poor UI trying to accommodate and sell 10 unrelated products and services. They may or may not be worth digging a bit (probably not).

When to use: As a rule of thumb, the general purpose clouds are limited to 16 physical cores and 128 GB memory and 8 TB SAN drives, with the price increasing linearly along the specifications (double the memory = double the price). The dedicated clouds can provide much bigger servers and the high-end specs are significantly cheaper.

This is the go-to solution for special tasks running 24/7 that require exotic hardware, especially vertical scaling. Dedicated clouds are only fitted for special purposes.

Special case: We’ve seen people rent a single big dedicated server with vSphere and run numerous virtual machines on it. It allows to do plenty of experimentations at a fixed and fairly reasonable costs.

Which provider to use: IBM SoftLayer is the only one to offer the next generation of dedicated cloud. Getting servers works the same way as buying servers from the Dell website (select a server enclosure and pick the components) except it’s rented and the price is per month. (Common configurations are available immediately, specialized hardware may need ordering and take a few days).

SoftLayer takes care of the hardware transparently: shipment, delivery, installation, parts, repair, maintenance. It’s like having our own racks and servers… without the hassle of having them.

Challengers: There are a few historical big players (OVH, Hetzner, …). They are running on an antiquated model, providing only a predefined set of boxes with limited choice. They can compare positively to SoftLayer (read: cheaper and not harder to manage/use) when running a few servers with nothing too exotic.

When to use: Never. It’s always a bad decision.

There are 3 kinds of people who do housing on purpose:

Let’s ignore the hobbyist. He got a decent server sitting in the garage. He might as well put it into a datacenter with 24h electricity and good internet to tinker around. That’s how he’ll learn. This is the only valid use case for housing.

These are major pain points to be encountered. Nonetheless it is easy to find cloud vs collocation comparisons not accounting for them and pretending to save $500k per month by buying your own hardware.

Abandoning hardware management has been an awesome life-changing experience. We are never going back to lifting tons of burden in miserable journeys to the mighty datacenter.

Make Your Own Datacenter

When to use: This was the go-to solution for hosting companies and the older internet giants.

The internet giants (Google, Amazon, Microsoft) started at a time when there was no provider available for their needs, let alone at a reasonable cost. They had to craft their own infrastructure to be able to sustain their activity.

Nowadays, they have opened their infrastructure and are offering it for sale to the world.  Top-notch web-scale infrastructure has become an accessible commodity. A tech company doesn’t need its own datacenters anymore, no matter how big it grows.

Run an entire tech company in the cloud, or run only a single [big] project requiring more than 10 servers? Google Compute Engine

Run less than 10 servers, for as little cost as possible? Digital Ocean

The cloud is awesome. No matter what we want, where and when we want it. There is always a server ready for us at the click of a button (and the typewriting of our credit cards details).

These writings are telling a story. The cloud have had enough time to mature and it is ready to be mainstream. Maintaining physical servers is an era from the past.

28 thoughts on “What’s The Best Cloud Provider in 2017? AWS vs Digital Ocean vs Google Cloud vs OVH” 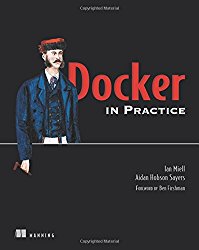